Rider of the Week:
Nicole Haunert

Featured from: NoelleFloyd.com
by: Erin Gilmore 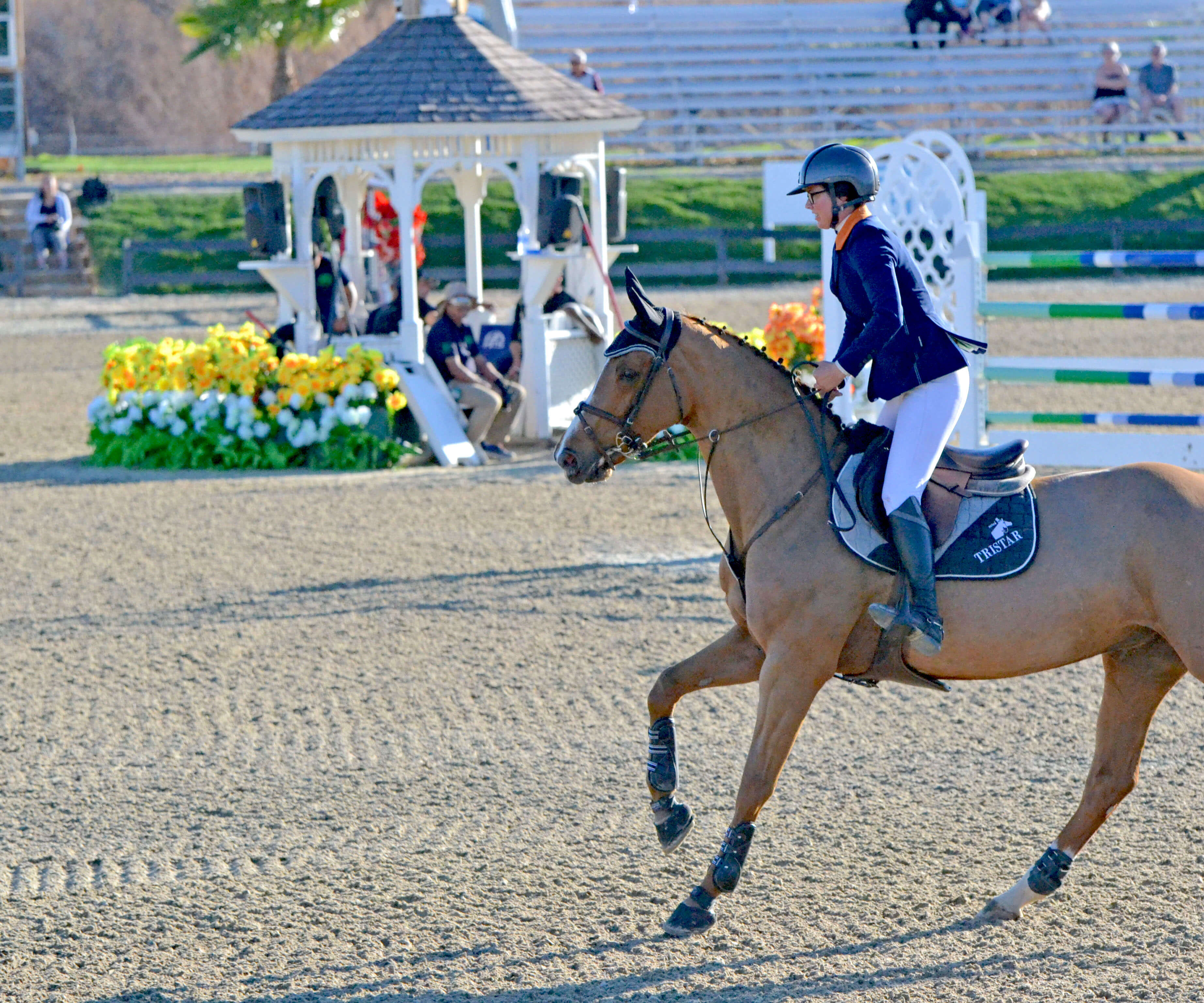 Nicole Haunert kicked off her 2015 season with a victory lap around the main ring at the HITS Thermal Desert Circuit this past Sunday, marking her first career grand prix win at the very same venue where she first met her talented partner, NJK No Regret.

The 32-year-old professional who hails from Southern California, USA rides under the tutelage of her father in law, trainer Paul Haunert of TriStar Farm in Encinitas, California. Along with her husband Ryan Haunert, Nicole maintains an active training barn on the California coast, and while she’s been a regular on West Coast grand prix start lists for quite some time, Sunday was the kind of attention-getting victory that she’s been working towards.

Haunert spotted KNJ No Regret, a 14-year-old Selle Francis mare (Dollar Du Murier x Elyria De Brekka) owned by Natalie Kennel and Roger Grenwald, almost exactly one year ago at the 2015 HITS Thermal winter circuit. Owned by Gerardo Pasqual, Haunert tried the hot-blooded chestnut mare and immediately clicked with her. By the last day of the 2015 circuit, the deal was done and NJK No Regret went home with the Haunerts to their San Diego-area stables.

“She’s very special,” Haunert said. “I spent some time getting to know her, and she jumped really well in Vegas [last April]. She didn’t have a huge record of anything over 1.40m, and I started jumping the grand prix classes with her in May or June of last year. We got some good ribbons, and have just been training and working really hard.”

Haunert placed 4th in Friday’s $25,000 SmartPak Grand Prix, with just a single rail down in the jumpoff preventing her from finishing higher. But her horse was feeling sharp, and she entered Sunday’s $50,000 Back On Track Grand Prix with a plan to go for a double clear ride.

Olaf Peterson built a track that Haunert thought walked easier than it rode; “I was really relaxed when I walked it,” she said. “But it rode big and much harder.”

That said, NJK No Regret and Haunert were one of just three pairs that managed a clear Round 1. Returning for the jumpoff along with internationally-ranked veteran Ashlee Bond, and longtime California-based grand prix rider Carol Wright, Haunert stuck with her plan to put in another clear round.

When the dust had settled, Haunert was the only rider who was able to end the day on zero faults – while Bond and her mount Cornancer rode a blistering track in 43.939 seconds, they had a rail down at the second to last fence, handing Haunert the win on a time of 47.131 seconds.

Was she nervous as she rode to her first career win? Indeed she was, but they were the kind of nerves she welcomes.

“I’m always nervous, and not just in the grand prix. But I think nerves help me a little bit, they help me to focus,” Haunert explained. “Paul says I ride my best when I’m a little bit nervous!”

Haunert and her team will compete through the entirety of the six-week HITS Thermal winter circuit. With her eye on the two FEI-rated weeks of competition, Haunert hopes to have many more days like Sunday, when bringing the biggest prize check of the week back to the barn made all the hard work more than worth it.